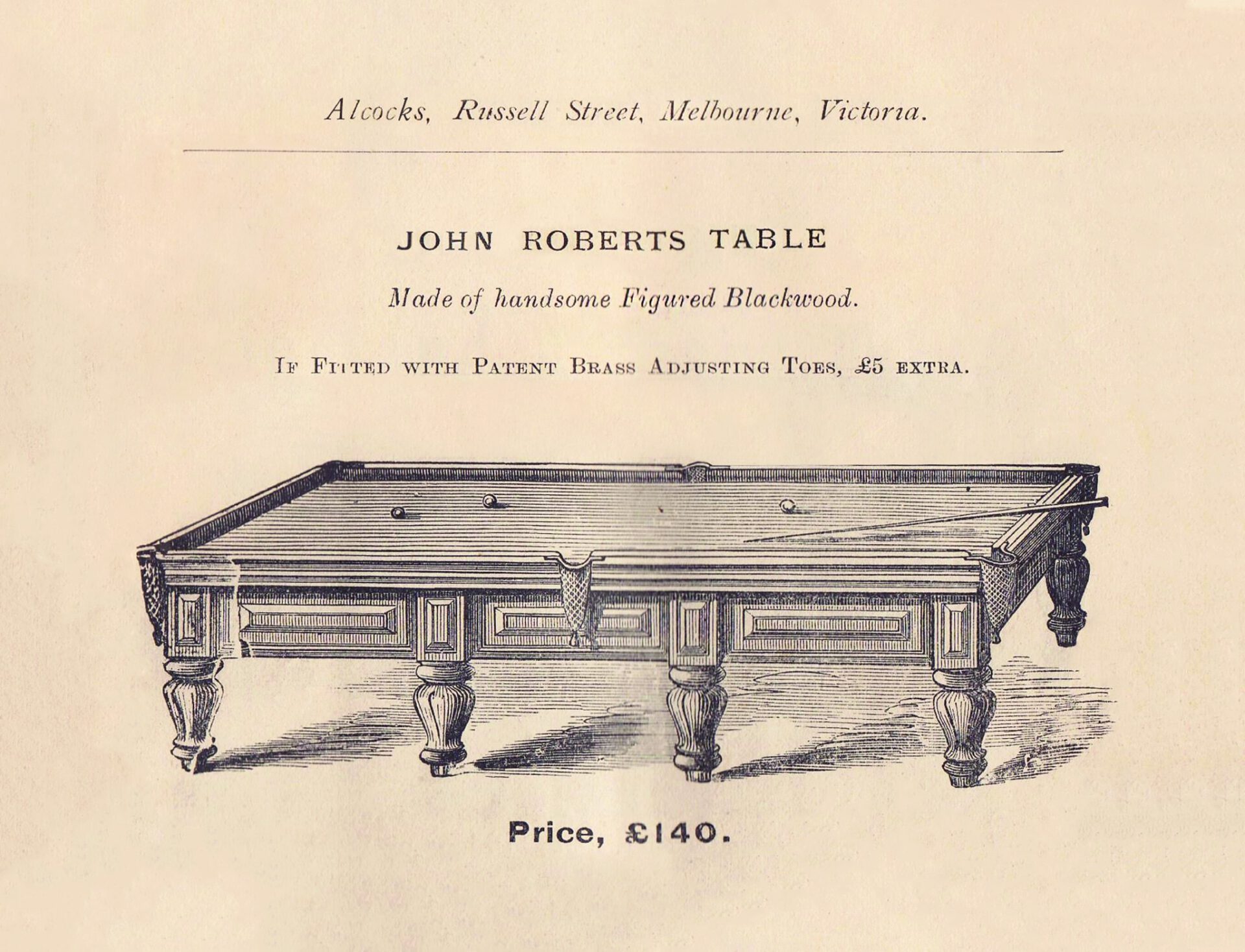 In 1864, the “Champion Billiards Player of the World”, John Roberts (Snr), arrived in Melbourne. After touring the Colonies of Australasia, Roberts returned to London, taking an Alcock table with him for his billiard room. That table became a prototype for the “John Roberts Pattern” table, one of which was installed in Government House Melbourne in 1876 and has been in place ever since. Even today, an Alcock John Roberts model billiard table takes pride of place in the establishments of a few fortunate enthusiasts.