No Job Too Hard 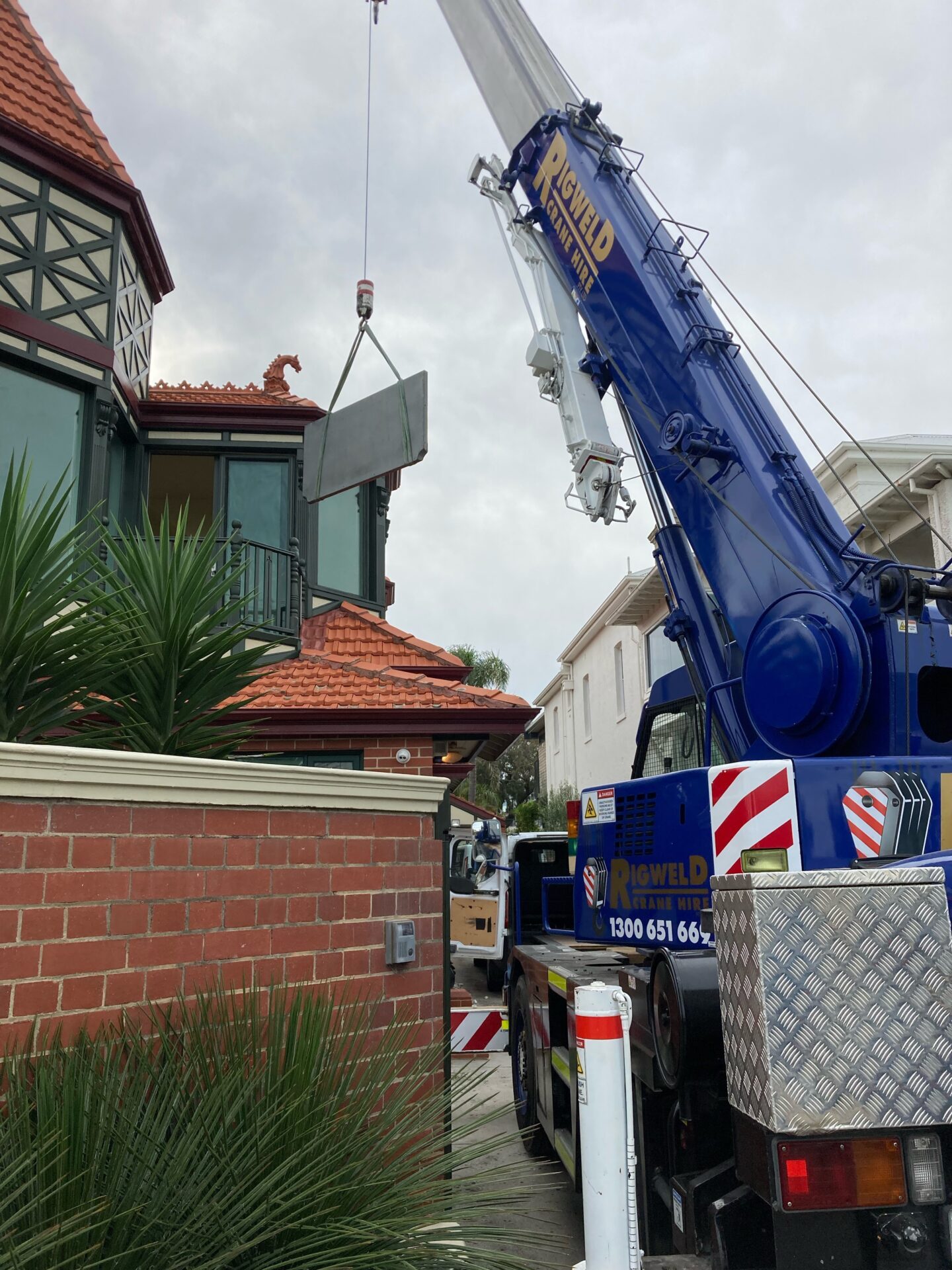 Alcocks install and remove billiard tables from even the trickiest locations. We recently used mobile cranes to install two billiard tables into upper storey locations where stair access was impossible. Our thanks to the skilled professionals at Rigweld Crane Hire Moorabbin https://rigweld.com.au/ who made this possible. Conditions apply. 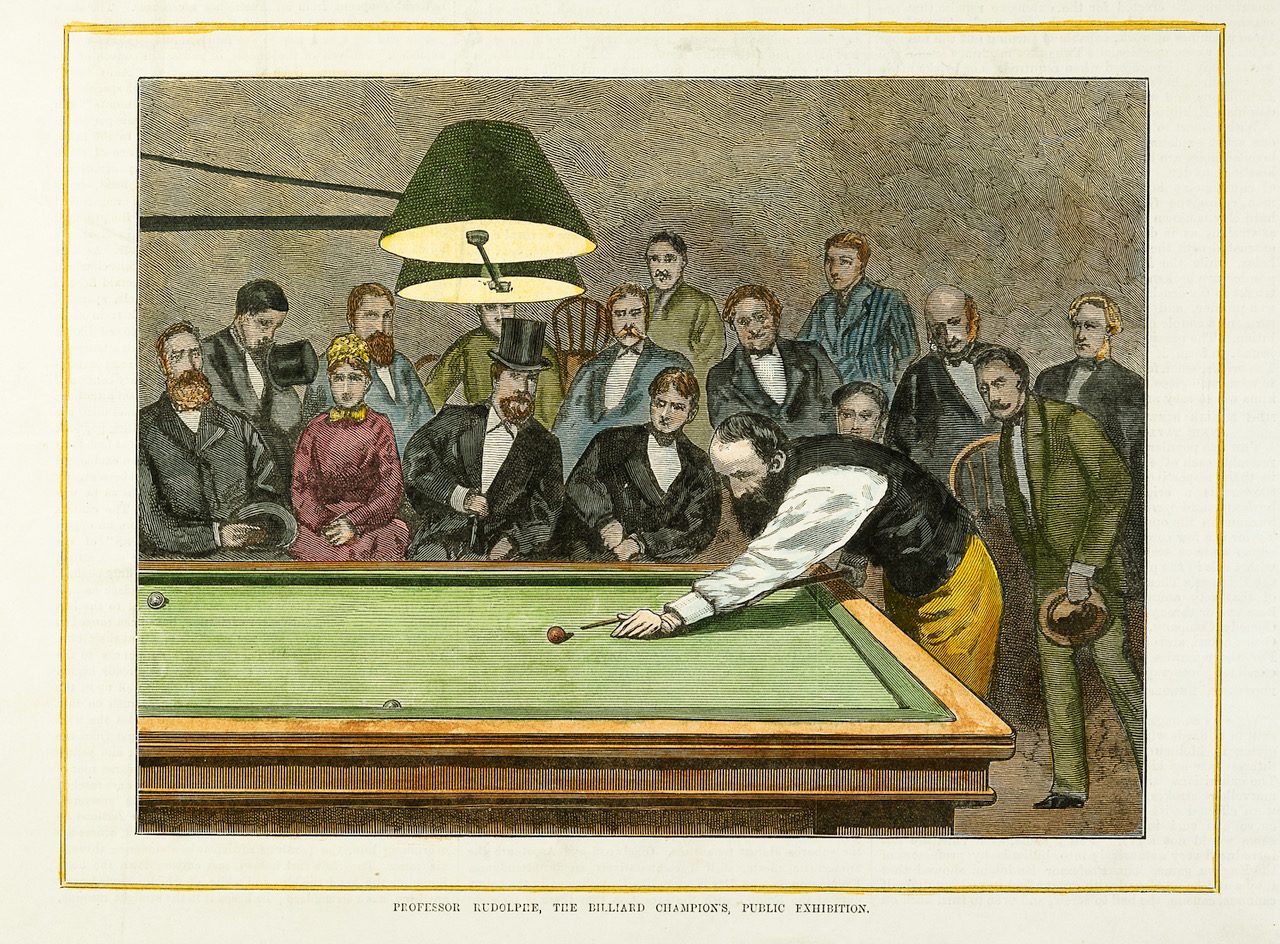 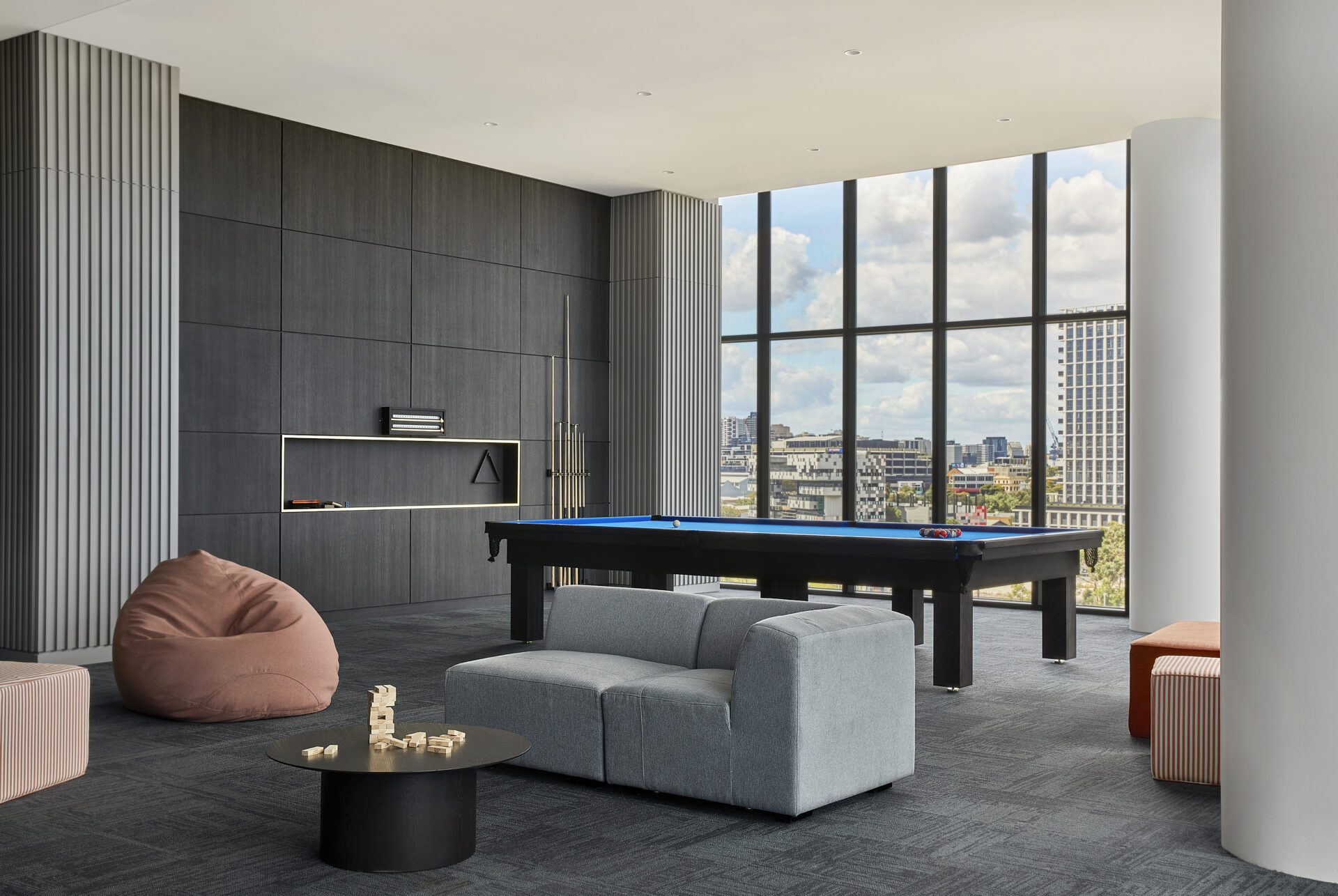 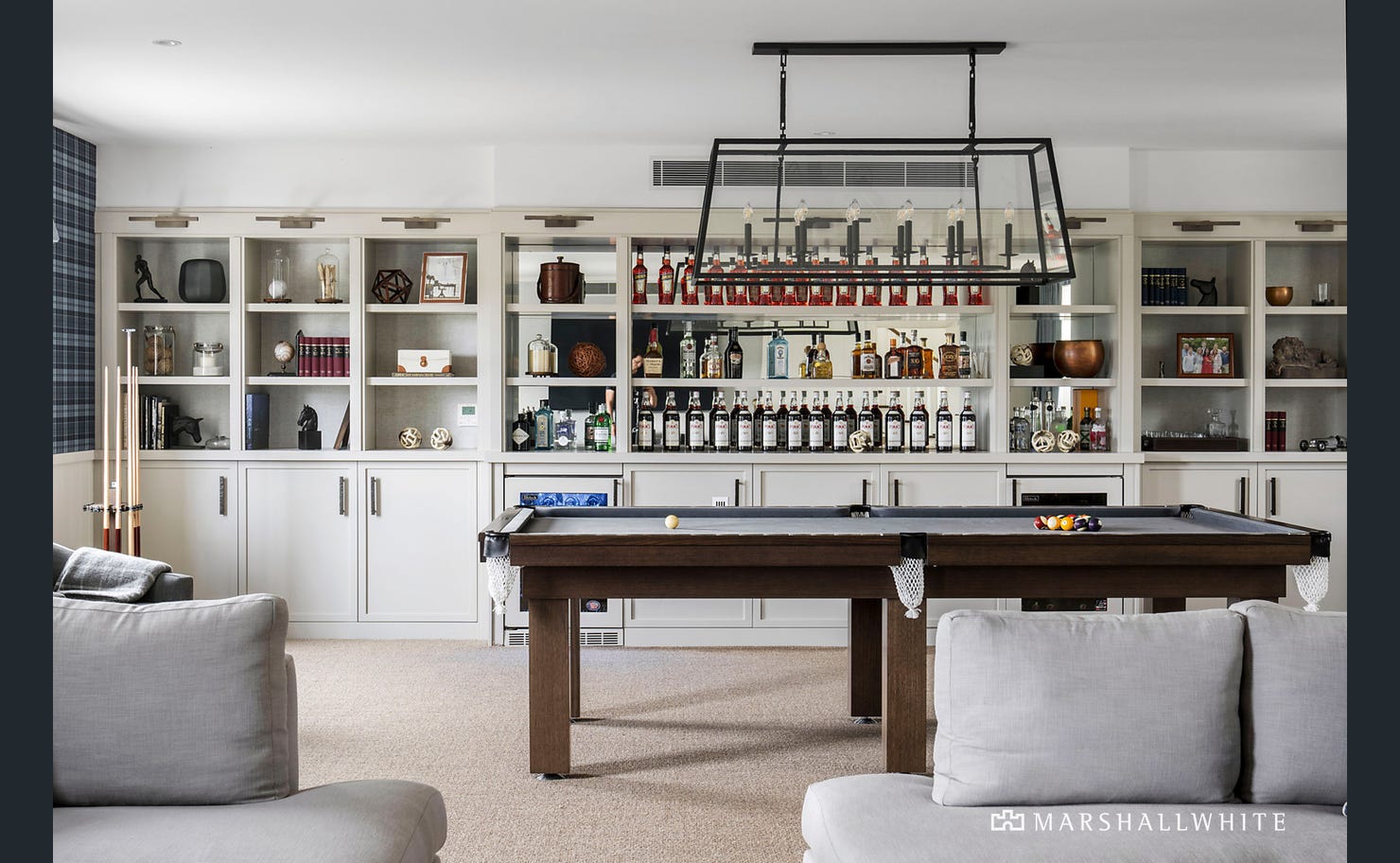 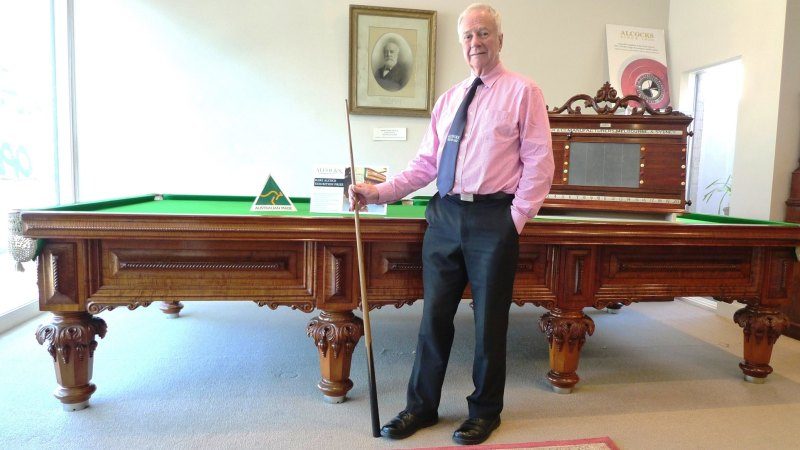 Alcocks today celebrates the birthday of our Managing Director George Taylor, only the sixth Managing Director in Alcocks 168 year history. Alcock & Co was founded in 1853 by the redoubtable Henry Upton Alcock, the Father of the billiard trade in Australia. After 77 years under the control of the Alcock family, in 1930 the […] 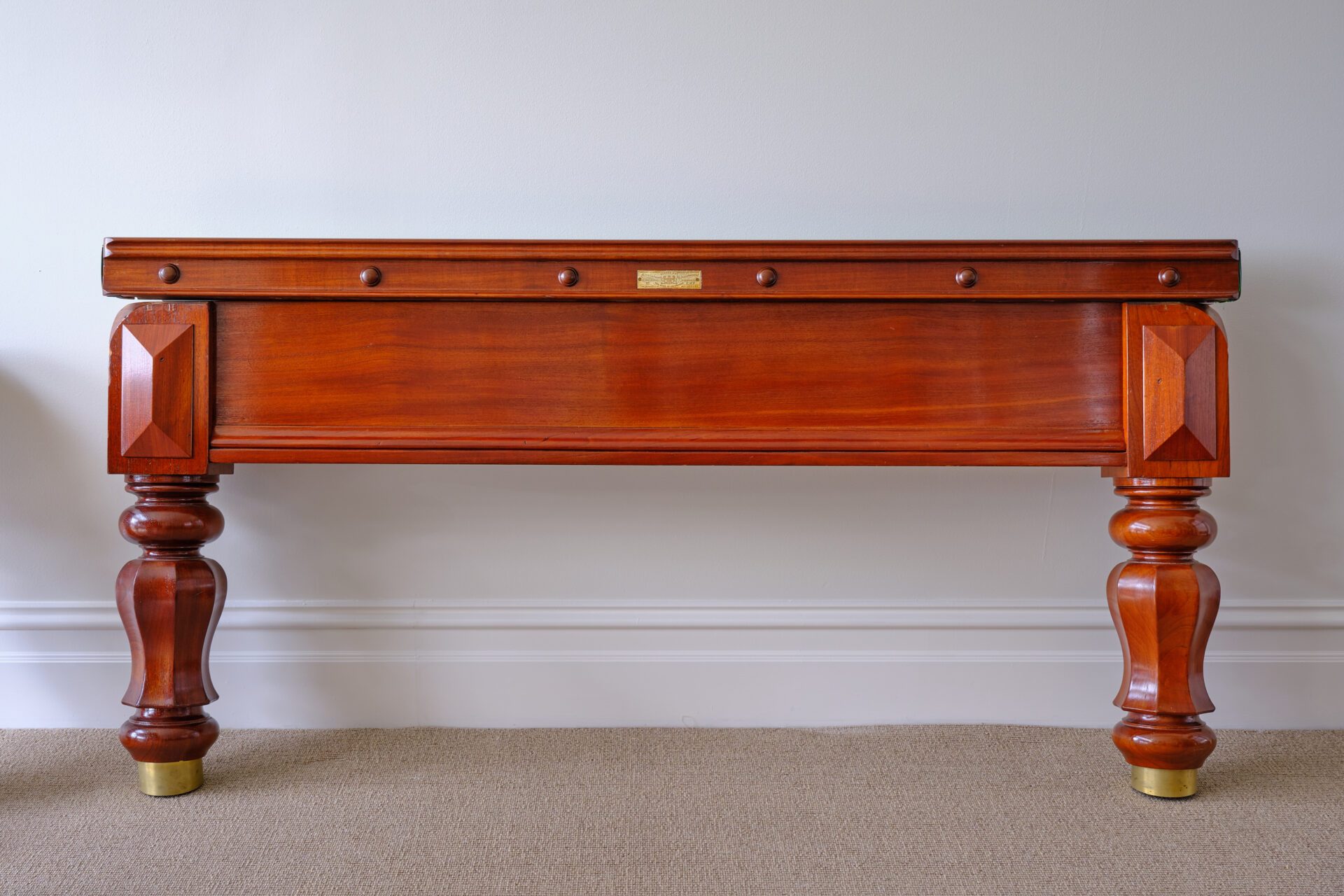 Alcocks offers for sale antique and second-hand billiard tables. Click through to see some of our recent offerings. 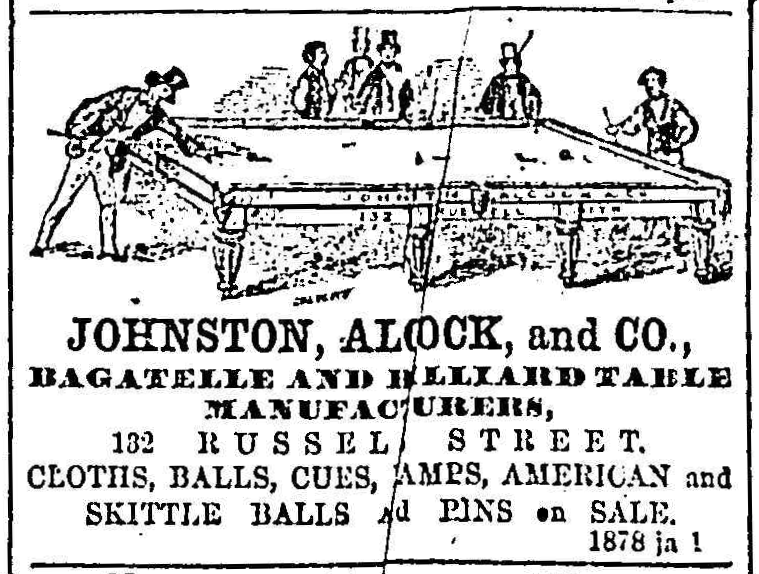 Alcocks earliest illustrated advertisement was published in “Bell’s Life in Victoria and Sporting Chronicle” on December 25th 1858. The firm’s founder Henry Upton Alcock was born in Dublin in 1823. After training as a cabinet-maker and learning the billiard trade in London, Alcock migrated to Melbourne in 1853 and commenced business as Alcock’s Furnishing Rooms […] 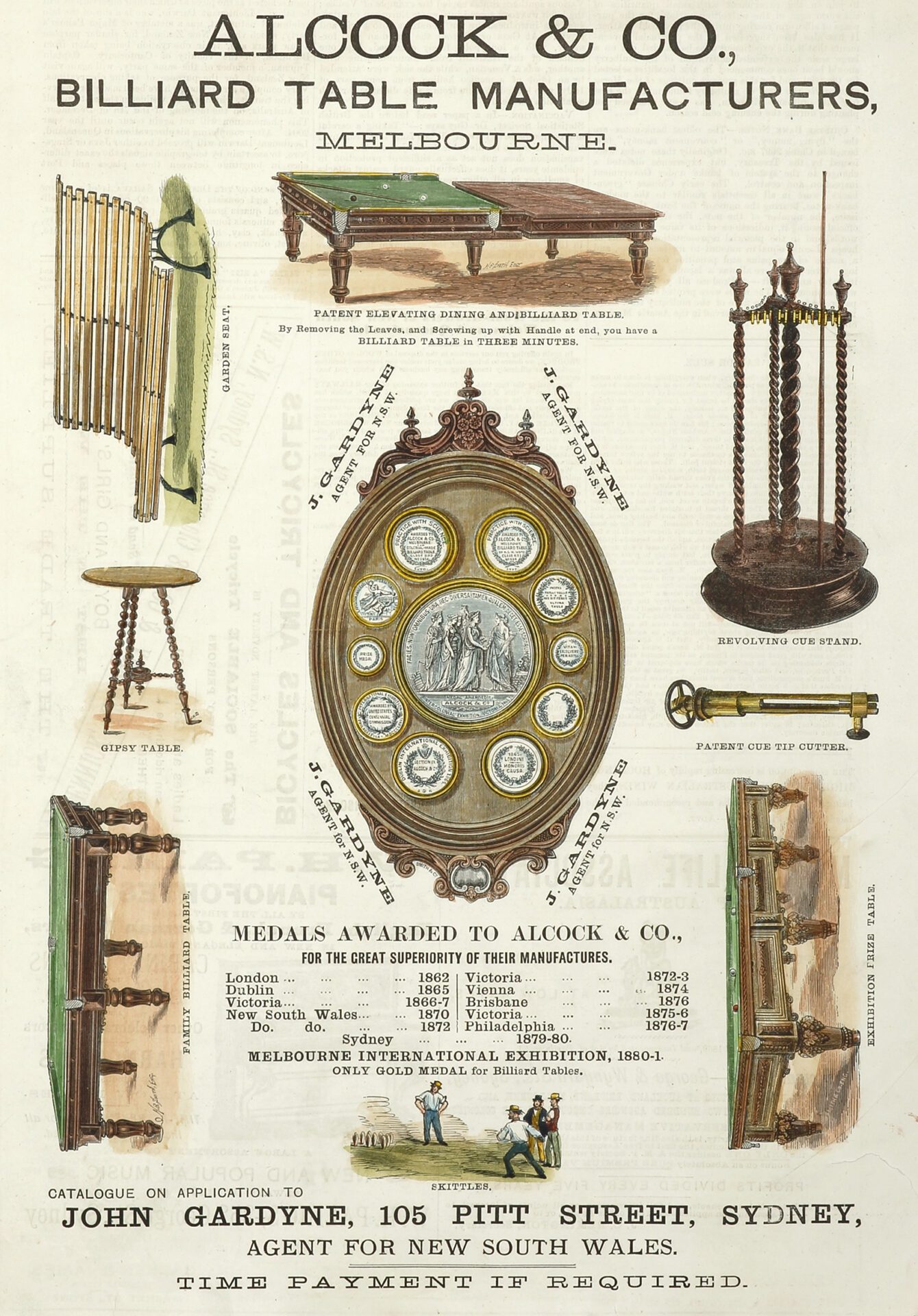 Alcocks were represented in their early years in Melbourne, Sydney, Brisbane, Perth, Adelaide, Wellington and London, among other locations. This c1883 advertisement from the Illustrated Sydney News for Alcock & Co’s NSW Agent John Gardyne of 105 Pitt Street Sydney shows a shield displaying medals won by Alcock & Co in international exhibitions, surrounded by […] 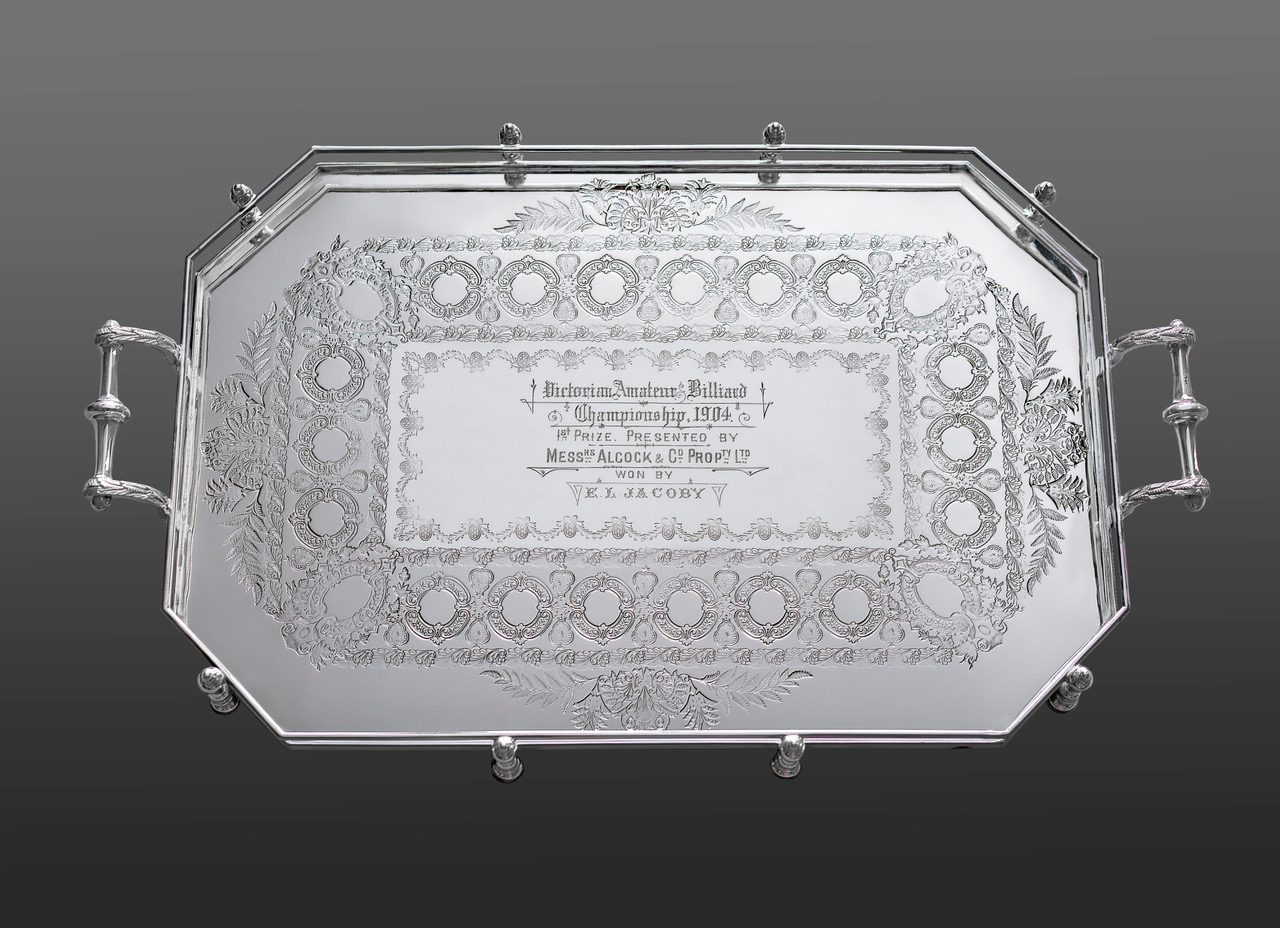 Alcocks presented this Sheffield silver plate serving tray as the winner’s prize for the first Victorian Amateur Billiard Championship held at Alcocks Elizabeth St showrooms in August and September 1904. The winner of the trophy was Edwin Jacoby who defeated Charles Cock 750-635 in the final; highest break of the tournament was 79 by Cock […] 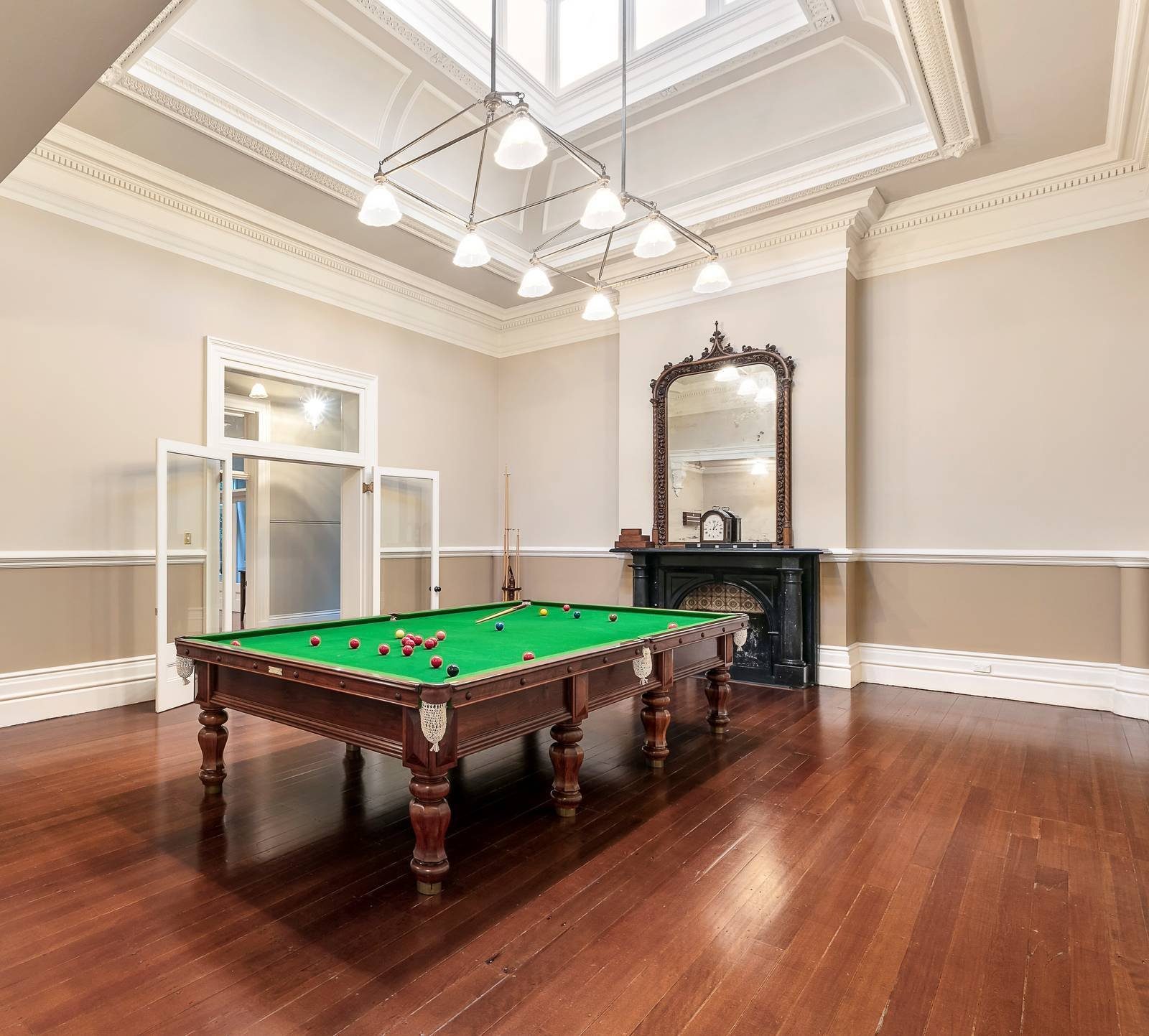 More Information
Page 1 of 2
Next