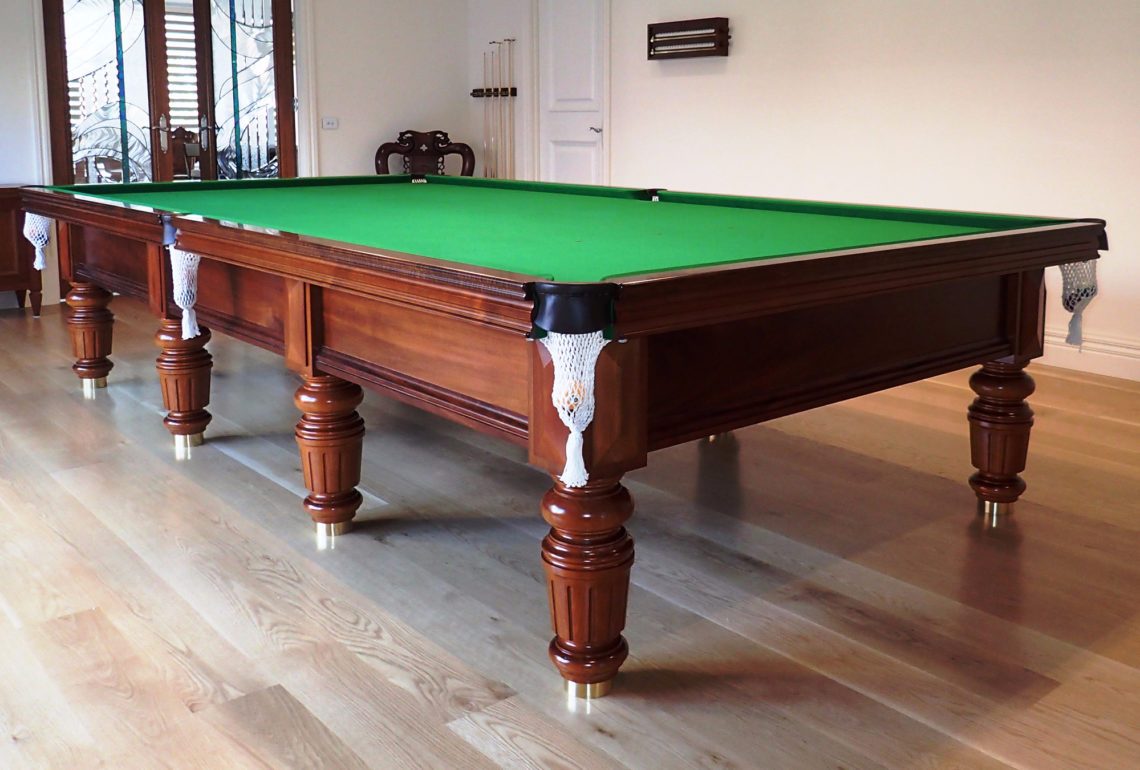 Note: this photograph from our archives is not of Table No 5221, but of a nearly identical Commonwealth model. Alcocks originally developed the Commonwealth Model Table to celebrate the founding of the Commonwealth of Australia in 1901. Table No 5221 was probably made at the Alcock factory, Sturt Street, South Melbourne during the late Edwardian period. It […] 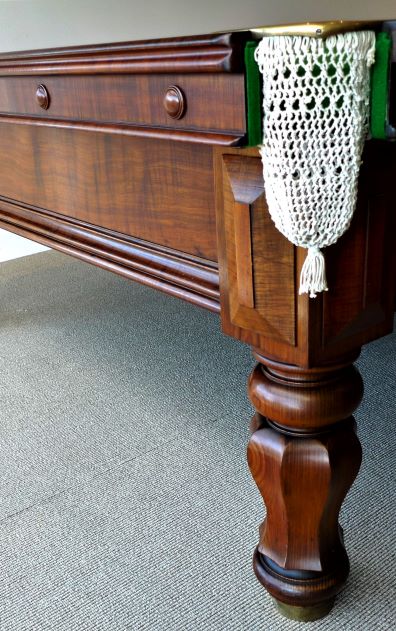 Rare example of famous “Squatters Favourite” model. Manufactured about 1890 and fully restored approx. 10 years ago.
Presented with a magnificent set of accessories, notably including a Combination Billiards and Life Pool marking board in figured blackwood and a revolving Cue Stand with Jacobean twist pillars. 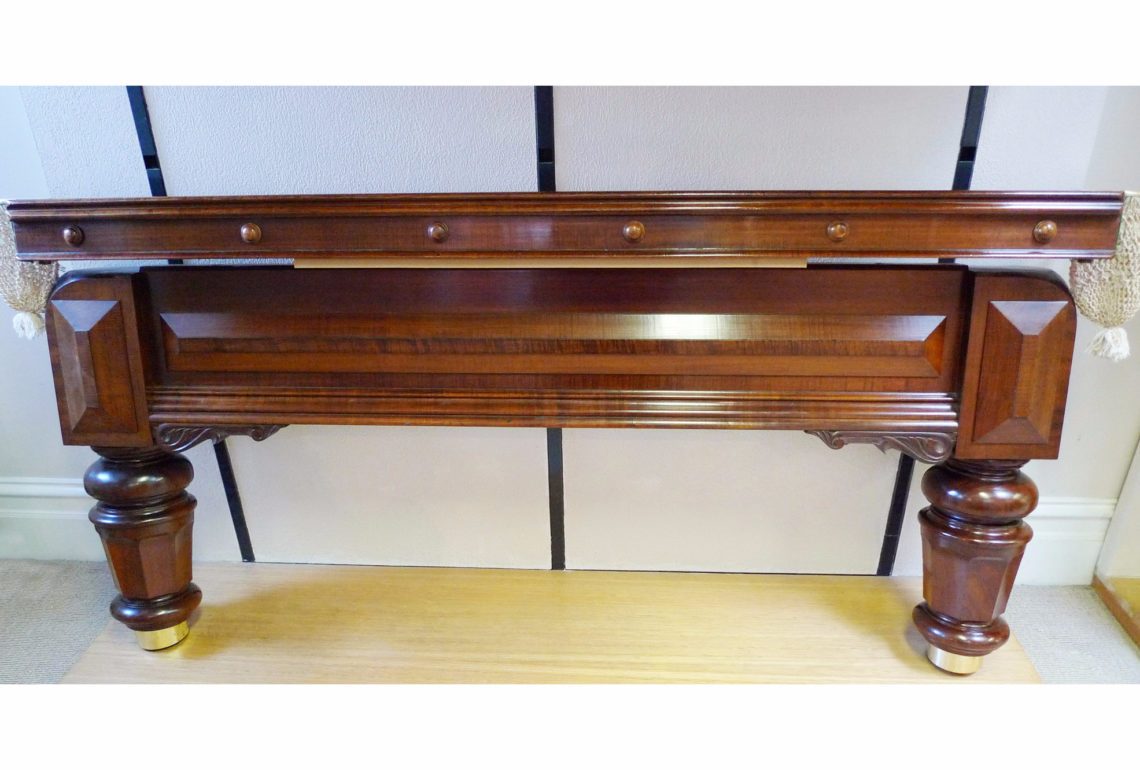 Hopetoun Model Table No. 4076 is in excellent condition.
Recently restored as a furniture piece, it now comes fitted with: 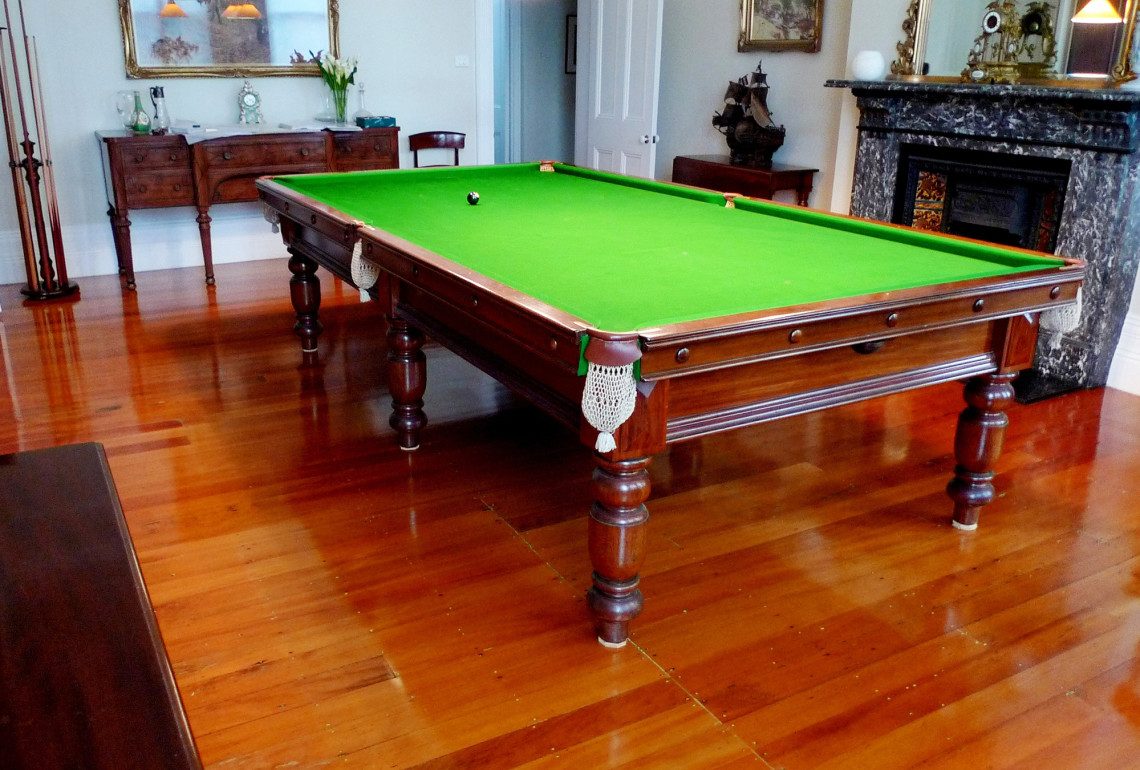 A Table like this rarely becomes available for sale.
Table No 324 was manufactured during the earliest years of the 20th century. Constructed using Tasmanian Blackwood throughout, it is still in wonderful condition today.